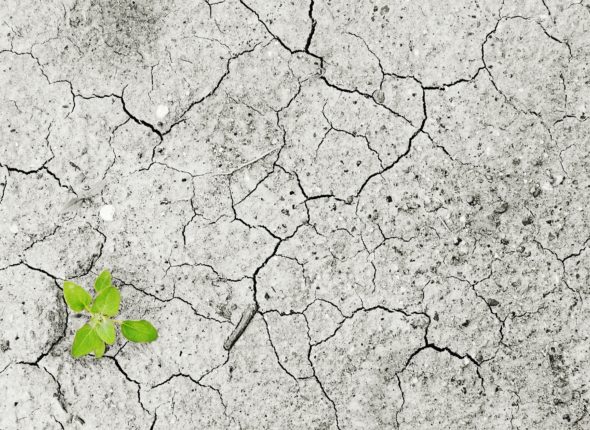 Many might still remember the pictures from last year, when the River Rhine had too little water for weeks and thus partially paralyzed the adjoining chemicals industry. How does the German chemicals industry deal with the consequences of climate change? And what does it itself do to protect the climate? The current CHEMonitor study has examined these questions.

According to the current CHEMonitor poll by CAMELOT Management Consultants and the trade newspaper CHEManager, over 50% of the chemical companies surveyed are already feeling the effects of climate change. The majority of large chemicals companies have recognized the seriousness of the situation and have developed a strategy to protect themselves against the consequences of climate change or have formulated their own climate protection targets.

When asked about their companies’ climate protection targets, 51% of chemical managers said they wanted carbon-neutral growth. 63% of the companies want to reduce the CO2 footprint of their own products and 73% want to reduce their emissions. The German chemical industry is optimistic about achieving the national climate targets – reducing CO2 emissions by 50% by 2030 – with more than half of the respondents considering the goals to be achievable. 46% even believe that the national climate plan will increase the ability to innovative and thus also the competitiveness of the German chemicals industry. Chemicals industry management also sees an opportunity in the decision to phase out coal: 73% of the respondents believe that stepping away from coal accelerates the development of new ideas and solutions for energy supply and thus creates competitive advantages for the German industry.

Regarding specific climate protection measures, 80% of the chemical companies surveyed stated that they wanted to increase energy efficiency or optimize existing processes. 50% are focusing on recycling management or new production technologies, while only one in five companies would like to use carbon dioxide as a raw material. Innovative approaches to climate protection are still not being pursued enough.

In general, the German chemicals industry perceives climate change not only as a risk, but also as an opportunity. For all this, however, the operational landscape for the industry must be right. While German chemical managers are generally satisfied with Germany as a site (86% rated “good”), it is rated last in terms of digitalization and energy costs – factors that are important for tackling climate change. Satisfaction with digitalization has fallen to a particular low (19% rated “good” or “very good”). A wake-up call to politics!

If you wish to learn more about what German chemical managers think about climate change and climate protection, I recommend downloading the full study. 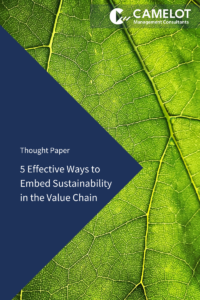 How do you face urban congestion and rising service demands? Urban warehouses have the potential to reshape the logic how city …

How to Get Your Employees on Board in Times of Crisis?

The maintenance of multi-language data is of high importance, especially for companies with a global presence. Data such as purchasing, sales …