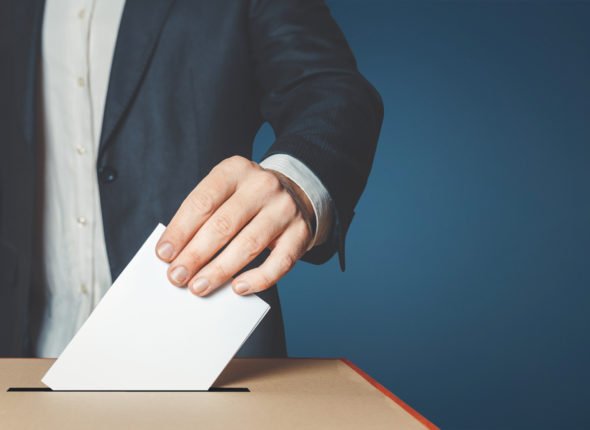 How the 2020 US Presidential Election Will Impact Procurement

In less than a week, the 2020 US presidential election will take place. No matter who becomes the next US president, the outcome will definitely impact business around the globe. In this post, we take a glance at potential implications for – in particular European-based – procurement teams. Next week, on November 3rd,2020, the world will wait in suspense for the results of the US presidential election. The USA and Europe share a long-lasting mutually important trade partnership. In 20181, the US exported $318.6 billion in goods & services to the EU, whereas its EU imports accumulated to $487.9 billion. Consequently, the US had a trade deficit of $169.3 billion. Experts see the continuous trade deficit among the key reasons for the trade war started under the Trump administration.

Figure 1 – Import from the US to the EU and export from the EU to the US with the top five categories The European Union is the most important export market for the US, which illustrates in turn the importance of the US market for European-based procurement teams. Acknowledging that the results of the US Senate election create various potential scenarios of power between both political parties, we want to simplify the situation and discuss two scenarios and their respective implications for procurement.

What are the scenarios?

The following section highlights the two scenarios and their political implications from a procurement perspective:

Scenario 1: The Democrats win the election and the US could reapproach the EU

We see three key implications from Biden’s campaign that are relevant to procurement teams. First, Biden plans to partially reverse trade measures to rebuild the historic collaboration between the US and the EU. The democrats see the potential to build an alliance that is capable of economically competing with China, and thus creates a balance of global powers. Therefore, he plans to revise import and trade regulations, especially with the EU. Second, Biden has announced an additional $2 billion investment in the “Green New Deal” to fight climate change. The investment shall support clean energy and aims for the reduction of emission by withdrawing stepwise from fossil fuels. Biden’s initiative coincides with the European 7-year-budgets towards a “green economy”. This investment has macro-economic implications as a domestic and global stimulus for investments into related industries. Third, Biden plans to reverse tax cuts and deregulations. For instance, his tax policy foresees an increase in corporate taxes from 21% to 28%. Additionally, he wants to introduce a corporate minimum tax on book income. Nevertheless, the targeted 28% tax level is still below the pre-Trump tax levels. On top, he strongly supports the protectionist principle of “Buy American” to strengthen domestic products.

Scenario 2: The Republicans win the election and the US administration continues or tightens the current political line

A victory of Trump as the Republican candidate would have three major implications. First, Trump wants to further strengthen American products and goods, and thus exacerbate trade regulations, e.g. import duties on cars. Recently, the EU started to draft duty-based countermeasures, which could further harm the relationship with the US. Second, the continuation of the ‘America first’ economy will fuel anxiety on the global markets. Trump’s foreign policy aims to stop reliance on China. The intention is to use the economy as a geographical demonstration of power, but it remains unclear if it will not finally harm the American economy. However, this will probably lead to greater geopolitical volatility on a global scale and higher risks for mid- and long-term investments and sourcing decisions. Third, further deregulation and tax cuts by Trump are expected. He believes in those two measures as drivers for “Made in America” and expects improvements to the labor and stock market. However, this direction will likely result in a further increase in state debt.

Implications for procurement in Europe

Figure 2 – The 2020 US election results will impact European procurement teams, but differ depending on the industry. In summary, the result of the 2020 US presidential election will influence sourcing, with different impact per affected industry. Next, we will highlight three major implications per scenario.

The reversion of trade measures will simplify procurement decisions. Consequently, sourcing from American suppliers will become easier and, due to lower or now duties, also cheaper. The American and European “Green New Deal” are both pursuing similar targets with the ultimate goal to tackle climate change. This common base can be a great opportunity for collaboration. Therefore, procurement organizations should prepare for potential collaboration and co-innovation with US suppliers, which might result in competitive advantages. Biden plans to withdraw entirely from the fossil fuel industry, currently ranked third among the most important export categories of America to the EU. Consequently, European procurement teams should proactively identify alternative supply sources and work closely with technical experts to pave the way towards the usage of renewable fuels.

As a response to the potential “trade wars” procurement requires good risk management. We expect category managers to have backup plans prepared to replace suppliers if needed. However, the speed of implementation is decisive for these risk management initiatives. Also, for European-based procurement teams, we expect a further shift towards Asia as a key sourcing market. We suggest backing risk management and procurement decision-making processes by data analytics to provide full supply chain visibility. This requires detailed, e.g. geographically diversified, analyses to create full transparency along the supply chain to get visibility of the respective spend and risk exposure. Consequently, a continuously updated overview of goods and services sourced from the US, the definition of alternative sources as well as a respective implementation plan are a must. For some industries, e.g. commercial aircraft, this is challenging since there is limited availability of alternative sources. New trade regulations may trigger the search for potential bypasses to the regulations. A potential political response from the EU might be the adoption of import tariffs on aircraft. We recommend re-evaluating make-or-buy decisions and additionally reconsidering global production decisions. This might offer opportunities to mitigate the negative impacts of an increasingly tense trade war between the US and the EU. In conclusion, the uncertainty will remain, whoever will be president. It is therefore all the more important that procurement adapts to the respective situation. Has your company implemented strategic initiatives to cope with the potential impacts of the upcoming presidential election? If yes, what risks do you fear most and where do you see opportunities? We are looking forward to fruitful discussions and a joint exchange of ideas!

We would like to thank Felix Kesselberg for his contribution to this article.

Data Catalogs in a Data-Driven World: the Why + the What

Data Catalogs enable a modern way of working with data, including features like glossaries or functionalities to collaborate across teams. They …

Until a couple of years ago, many companies had to rely on research and analyst teams to process and benefit from …

How to start your AI-driven Enterprise with Design Thinking

According to the IDC’s Worldwide Artificial Intelligence Systems Spending Guide, global AI expenditures will hit $98 bln by 2023. Today many companies …