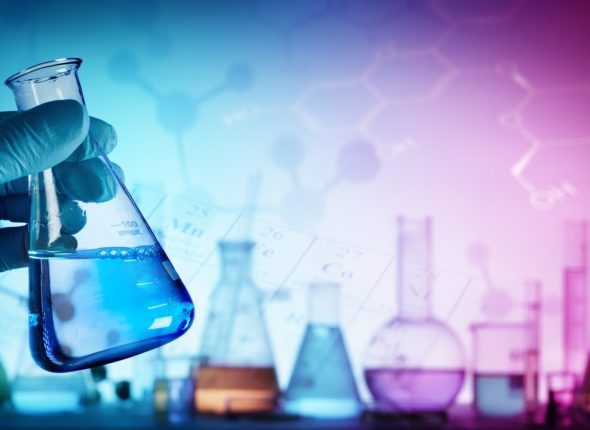 Chemicals: The way out of the downturn

The economic downturn is dampening the mood in the German chemical industry. The trend towards sustainable value creation opens up new prospects for the future. Current study results confirm this.

The threatening recession is a cause for concern for managers in the German chemical industry. In 2018, chemical production already decreased by 1.5%; in July, the Verband der Chemischen Industrie (Chemical Industry Association, VCI) predicted an additional decrease of 4% for the whole of 2019. And that is dampening the mood: according to the current CHEMonitor poll by CAMELOT Management Consultants and the trade newspaper CHEManager, the satisfaction of managers in the chemical industry with Germany as a business site has reached a new low. Three years ago, nine out of ten managers assessed Germany as a “good” or “very good” site, but now that number is under 60%, and none of the managers gives Germany the top rating. The analysis of individual site factors shows that digitalization, labor costs, and energy costs in particular received considerably more negative evaluations.

Sustainability as a site factor

The topic of sustainability and embedding it in business models offers new chances. According to the CHEMonitor poll, 98% of all managers surveyed are convinced that sustainable growth will become one of the industry’s main guiding principles owing to increasing environmental problems and social change, and will become a firm component of chemical companies’ strategies. Against this backdrop, Germany has potential new qualities as a site: One third of managers in the chemical industry (33%) see Germany as a pioneer for sustainable growth, another 45% as an early user. Germany is thus the front-runner, closely followed by China, which 30% of respondents consider to be a pioneer. The USA, on the other hand, fared significantly worse.

Between appearance and reality

However, reality seems to be lagging behind this self-image: less than half of the managers surveyed regard the sustainable value contribution of their own company as positive. Now the gap between appearance and reality needs to be closed. Concepts like the “value to society” approach championed by chemical giant BASF, which monetarily assesses not only the economic and ecological but also the social impacts of its business activity, create transparency and set the right course. Such approaches enable fact-based entrepreneurial decisions that promote sustainable value contributions along the entire chemical value chain.

For the current 33rd CHEMonitor survey, the CHEMonitor panel of 200 top decision-makers from the German chemical industry, which was established in 2007, was surveyed between September and October 2019. The special focus was on the topic of “sustainable value creation”. A summary of the study findings can be downloaded free of charge at www.camelot-mc.com.

Digital transformation is currently one of the most trending topics in business, impacting all areas of a company. But how does …

Warehouses offer a typical application domain for innovative technologies, such as robot technology, drones or Smart Glasses. Especially in warehouses with …