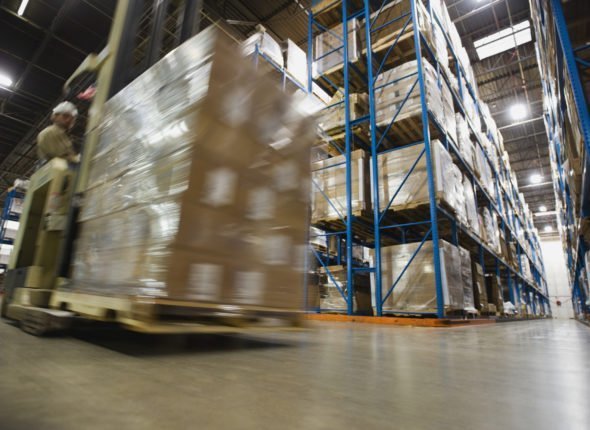 Most recent studies reveal that the warehouse management system (WMS) market is growing at a double digit cumulative average growth rate, generally in the 14% to 16% range. A lot of factors seem to be driving these projections with authorities usually mentioning things like the growth in cloud computing, supply chain digitalization, increasing globalization and e-commerce expansion as the primary culprits, just to name a few.

Some analysts estimate [1] that the global WMS market will exceed $5.5 billion by 2025. And, as you might expect, half of this global growth is predicted to come from the United States. These may be interesting estimates but what do they really mean for the typical US supply chain leader whose company has been using “commercial off the shelf (COTS)” WMS functionality for decades now?

In this limited Blog it’s impossible to touch on all of the exciting WMS market activity, we’ll highlight just one topic of interest, the continued blurring of the lines between the historical provider spaces. But before we do that, let’s reflect on the current.

When did your company implement the current WMS? What’s been done since? Does the provider software company still exist? Without doubt, some companies have kept up with upgrades, periodically leveraged new functionality and feel somewhat “up to date” with their WMS applications and processes. At the same time, other companies may have implemented earlier requiring more “customizations” that may have made upgrades more difficult to manage. And then there’s the topic of integration, both from a process and systems perspective.

The ERP of warehouse systems

Years ago, WMS functionality was an afterthought to the ERP providers. After all, to uninformed ERP developers, a warehouse was pretty simple – receive stuff, store stuff, ship stuff. ERPs are historically great at transactions. Isn’t a warehouse system just another system that manages transactions?

Initially, however, if your company had even the slightest unique functional requirement, the available ERP WMS module designed around inventory transactions usually didn’t fit the bill. All sorts of tough decisions had to be made between business and IT groups regarding the maintenance of multiple platforms, integration challenges and costs of ownership.

To their credit, the big ERP providers didn’t give up on the WMS space, it just took them longer to “close the gap” with the Best of Breeds then even they expected. Today, though, any WMS selection warrants a through look at the applications offered by most ERP providers.

The WMS of warehouse systems

Typical of most supply chain related situations, “best of breed” functionality was primarily dictated by requirements unique to specific industries. As a result, a particular software company only expanded Warehouse Management Systems functionality rapidly in only a few industries related to their growth strategies. Over time, overlaps occurred and the benefit of competition blurred industry footholds for the major providers. For a while (and even still so today) the ability to “integrate” into various ERP’s provided a form of differentiation. At the same time, for some environments more heavily invested in warehouse automation, the ability to “integrate” with the execution level Warehouse Control System in a warehouse provided additional differentiation.

The WCS of warehouse systems

Early in my career I was involved with the development of a large automated warehouse. At that time, some COTS warehouse management systems did exist, but my company decided to custom code all of the “modules”. The WMS applications at the time just didn’t have the functionality available to operate the AGV’s, the AS/RS, the computer-aided pick system or the barcode scanning and conveyer/diversion system. Functionality existed in available WMS systems to provide more granularity to inventory locations, help with cycle counting, and support some basic put-away and order picking activity but that was about it.

The WES of warehouse systems

Over the years a middle “layer” of functionality in between the WMS and the WCS coined the Warehouse Execution System (WES) arrived on the scene. New functionality requirements didn’t just mysteriously arrive within the warehouse, but as technology advanced the application domains began to blur. We can’t really fault software providers for coming up with new terms to describe their differentiation. And we should expect the analysts who describe what is going on in the market to coin phrases to help everyone understand this complex ecosystem.

The WXS of warehouse systems

One of the “X factors” in this entire Warehouse Systems discussion is how an organization leverages 3PL providers. As 3PL’s have expanded over time, so has their technological capabilities and the richness of their Warehouse Systems functionality spanning the WMS/WES/WCS continuum. Some multi-warehouse organizations leverage 3PL providers or other warehouse models for all or part of their warehousing needs. This logistics strategy decision obviously has profound impact on warehouse system functionality needs.

Considering the plethora of vendor options and the continued advancement of functionality provided by the competitive warehouse systems market place, more important than ever is the need to define a logistics strategy that can direct the prioritization of critical warehouse processes and related functionality. The warehouse systems space has become feature and function rich, but not all features and functions carry the same weight in every supply chain operation. A well-defined logistics strategy arms the teams charged with evaluating and upgrading warehouse processes and systems with goals and insights that help put structure to the increasingly complex warehouse systems puzzle. 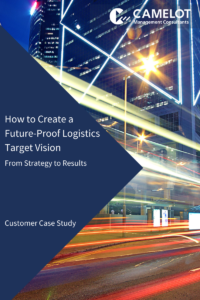 Supply Chain and Logistics expert with nearly 30 years of experience

Easing of the Lockdown – Your Way out of the Crisis with Digital Sales and Marketing?

The COVID-19 pandemic is an unprecedented challenge for society and the economy. All over the world, the lockdowns have led to …

For chemical companies, the high efficiency of Verbund Sites has been a valuable asset in the past in terms of cost …

Precondition for Archiving: The Information Phase-out

IT landscapes and gathered information have become more complex in recent years. Huge efforts in controlling information are necessary, if specific …