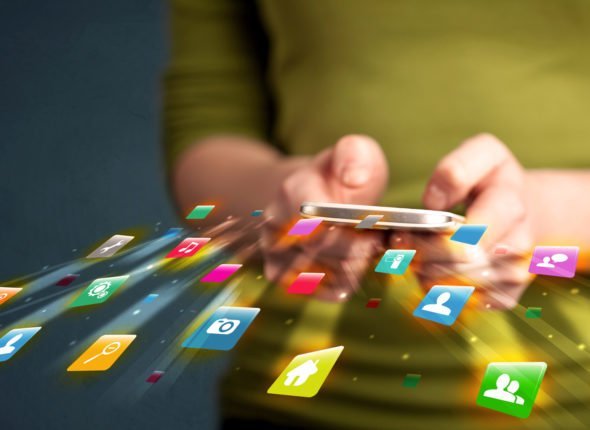 Social media – a term that has become enormously important in recent years. More and more people are turning to social media, both privately and professionally. Social networks such as Twitter, Facebook and Instagram have become an integral part of everyday life.[1][2]

This also presents companies with new challenges, as communication with customers and prospects is increasingly taking place via social media platforms. SAP C/4HANA is a good choice for keeping track and managing all posts, as it offers many features for managing social media communication, for example for service teams (SAP Service Cloud).

We will present these features in our blog post and use Twitter as an example for a communication platform.

Twitter is one of the top social media channels worldwide and is used by several million users every day [3]. Information is tweeted and commented on. For example, you can add hash tags to Twitter posts (“tweets”) so they reach everyone who’s looking for them.

How can the world of Twitter be connected with or integrated into SAP C/4HANA?

The integration of the social media channel Twitter with SAP C/4HANA provides a service business process enriched with social media functions and the additional advantages of the SAP C/4HANA ticket system:

A service ticket can be automatically created in the system based on a received posting or message.

As can be seen in the section above, the Twitter channel and the Twitter icon are taken over by the system. In this way, you can always see which communication channel was used to create a service ticket. In addition, the author of the post/tweet is entered in the system on the service ticket.

With the support of the SAP C/4HANA system, information can be analyzed and processed immediately. Accordingly, requests / suggestions, etc., can be automatically forwarded to the responsible team by configuring appropriate routing in the system.

By integrating Twitter, tweets can also be captured easily via SAP C/4HANA, so that you can interact directly with your customers and prospects. This also means you do not have to open the Twitter page first to write a post. To create a new tweet, you simply select the “Tweet” action under Actions in SAP C/4HANA.

A window will then be opened for editing the message that is provided in response to a tweet. 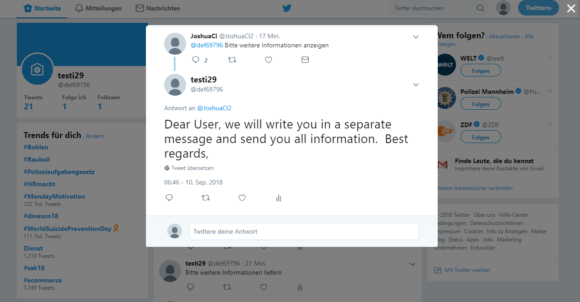 The following advantages are possible via the integration of social media channels into SAP C/4HANA:

In addition to Twitter, other well-known social media platforms such as Facebook can also be integrated into SAP C/4HANA.

If you have any further questions regarding social media integration, we are your direct contact. Please feel free to contact us, we will be happy to advise you.

Camelot ITLab has developed a solution based on SAP Leonardo that makes it much easier to block stolen and lost smartphones. …

An Introduction to Machine Learning – the Heart of AI

Machine Learning (ML) enables the analysis of massive quantities of data. The outputs are typically predictions and recommendations. The algorithms are …

Strategic sourcing with foresight in the chemical industry

The chemical industry is currently facing major changes. Sourcing is a driver for mastering change by providing competitive advantages. For being …